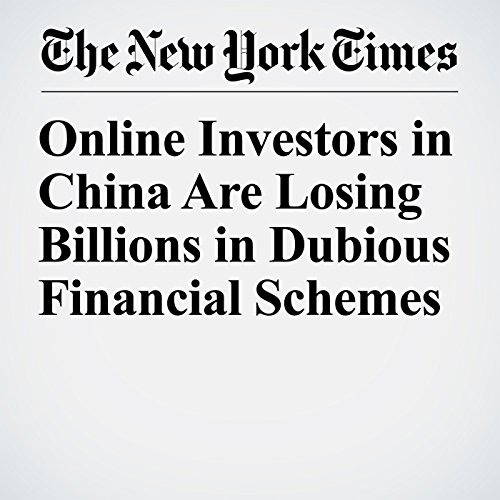 The company’s name appeared in ads for the local marathon. Its logo was emblazoned on the jerseys of two professional soccer teams in Spain. Its founder had been lauded by the government’s official television channel.

"Online Investors in China Are Losing Billions in Dubious Financial Schemes" is from the January 28, 2018 Business section of The New York Times. It was written by Alexandra Stevenson and narrated by Keith Sellon-Wright.