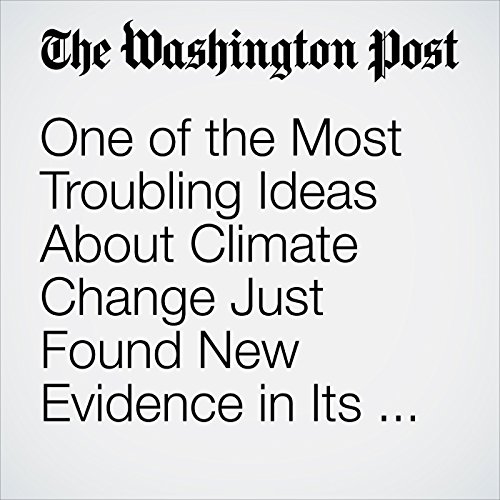 The idea is that climate change doesn’t merely increase the overall likelihood of heat waves, say, or the volume of rainfall — it also changes the flow of weather itself.

"One of the Most Troubling Ideas About Climate Change Just Found New Evidence in Its Favor" is from the March 27, 2017 Energy & Environment section of The Washington Post. It was written by Chris Mooney and narrated by Sam Scholl.