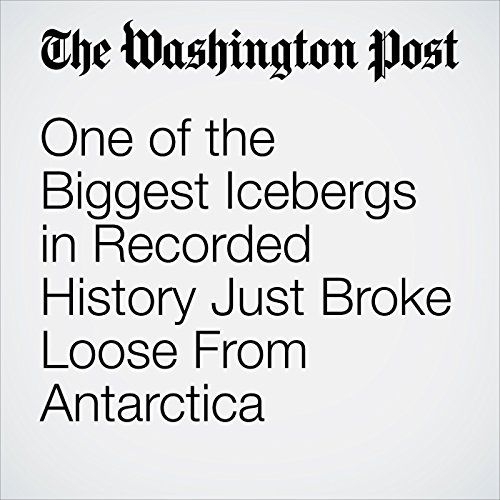 Scientists announced Wednesday that a much anticipated break at the Larsen C ice shelf in Antarctica has occurred, unleashing a massive iceberg that is more than 2,200 square miles in area and weighs a trillion tons.

"One of the Biggest Icebergs in Recorded History Just Broke Loose From Antarctica" is from the July 12, 2017 Energy and Environment section of The Washington Post. It was written by Chris Mooney and narrated by Sam Scholl.