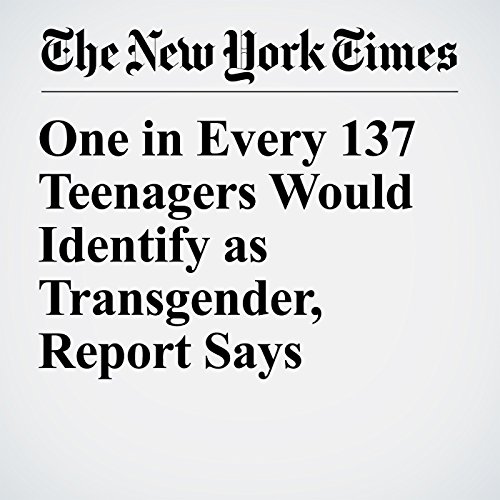 Nearly 150,000 U.S. teenagers ages 13 to 17 — or one out of every 137 — would identify as transgender if survey takers asked, according to an analysis of state and federal data that offers an answer to a question that has long eluded researchers.

"One in Every 137 Teenagers Would Identify as Transgender, Report Says" is from the February 23, 2017 U.S. section of The New York Times. It was written by Niraj Chokshi and narrated by Caroline Miller.

Cosa pensano gli ascoltatori di One in Every 137 Teenagers Would Identify as Transgender, Report Says