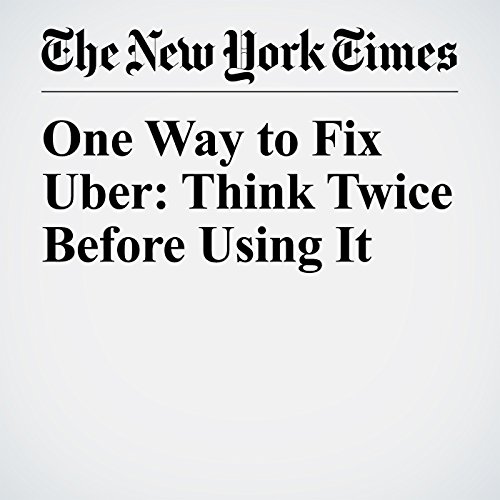 You gasp with each new report on Uber’s toxicity. On Tuesday, there was the harassment and discrimination documented in an endless list of internal recommendations by Eric H. Holder Jr., the former attorney general, who was hired to peer into Uber’s ugly depths. Then, while presenting the report to employees, an Uber board member made a sexist remark. (He later resigned.) All of it comes after a parade of escalating scandals that seem more fitting at a company run by Tony Soprano than by nerds in San Francisco.

"One Way to Fix Uber: Think Twice Before Using It" is from the June 14, 2017 Business section of The New York Times. It was written by Farhad Manjoo and narrated by Kristi Burns.