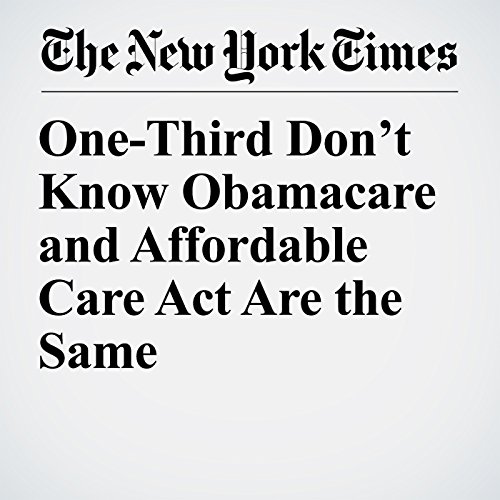 In the survey, 35 percent of respondents said either they thought Obamacare and the Affordable Care Act were different policies (17 percent) or didn’t know if they were the same or different (18 percent). This confusion was more pronounced among people 18 to 29 and those who earn less than $50,000 — two groups that could be significantly affected by repeal.

"One-Third Don’t Know Obamacare and Affordable Care Act Are the Same" is from the February 07, 2017 U.S. section of The New York Times. It was written by Kyle Dropp and Brendan Nyhan and narrated by Fleet Cooper.