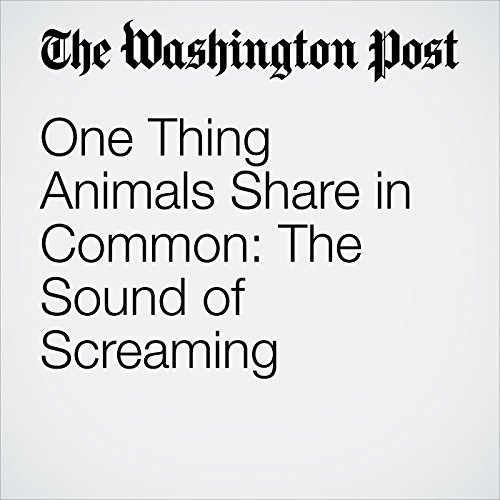 Charles Darwin, when musing about the evolution of emotion, pointed out the similarities in how animals mouth off. “With many kinds of animals, man included,” he wrote in 1872, “the vocal organs are efficient in the highest degree as a means of expression.” Pigs grunt while eating, he noted. They scream while terrified. Darwin theorized that emotional sounds could be traced back to a common animal trait.

"One Thing Animals Share in Common: The Sound of Screaming" is from the July 26, 2017 Speaking of Science section of The Washington Post. It was written by Ben Guarino and narrated by Sam Scholl.