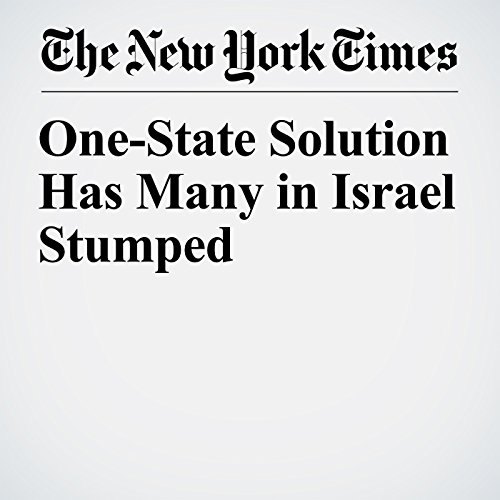 Over decades, Palestinians have watched as Jewish settlements spread over land they consider theirs for a future state and concluded that Israel did not intend to concede it. Many of them, particularly those in Hamas, which rules the Gaza Strip, still do not recognize Israel at all.

"One-State Solution Has Many in Israel Stumped" is from the February 16, 2017 World section of The New York Times. It was written by Isabel Kershner and narrated by Barbara Benjamin-Creel.