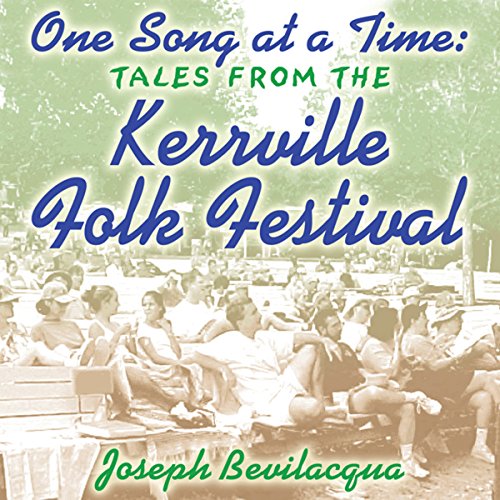 Founded by Rod Kennedy, the Kerrville Folk Festival has run annually since 1972. It is the longest continuously running music festival of its kind in North America. For 18 straight days and nights each May and June, over 30,000 guests come from all over the world to experience the magic of what we simply call "Kerrville". The Festival is known internationally as a Mecca for singer-songwriters of varying musical styles. It’s a place where those just developing their skills have the opportunity to play their music alongside master craftsmen.

Over 1,500 outstanding singer-songwriters have been presented on the Festival’s stages since the beginning. More than just a "folk music" festival, Kerrville offers music of many styles including traditional folk, bluegrass, acoustic rock, blues, country, jazz, and Americana. The common thread is songwriting. The focus of the festival is to promote emerging artists while giving our audience exposure to both new and recognized, seasoned talent. Major-label artists such as Lyle Lovett, Willie Nelson, Michelle Shocked, Mary Chapin Carpenter, Robert Earl Keen, Lucinda Williams, and Nancy Griffith played Kerrville early in their careers. Through the years, the Kerrville stage has seen other nationally known artists like Peter Paul & Mary, Judy Collins, Janis Ian, and Arlo Guthrie, while others such as singer/songwriter/actor Ronny Cox play on our stages any given year.

Producer Joe Bevilacqua and his wife, Lorie Kellogg, camped out at the festival for five days to created this hour-long collage, heard on NPR and Sirius XM Radio.