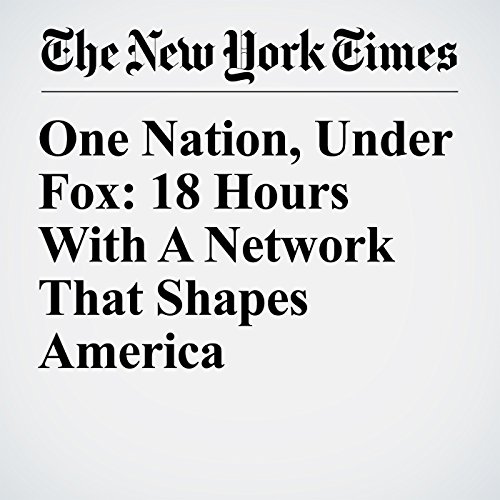 So said Brian Kilmeade, co-host of “Fox and Friends,” on Thursday morning’s show. It was no mere boast, since President Donald Trump has publicly stated his affection for the show and for Fox News, the channel on which it airs.

"One Nation, Under Fox: 18 Hours With A Network That Shapes America" is from the March 25, 2017 U.S. section of The New York Times. It was written by John Koblin and Nick Corasaniti and narrated by Keith Sellon-Wright.

Cosa pensano gli ascoltatori di One Nation, Under Fox: 18 Hours With A Network That Shapes America