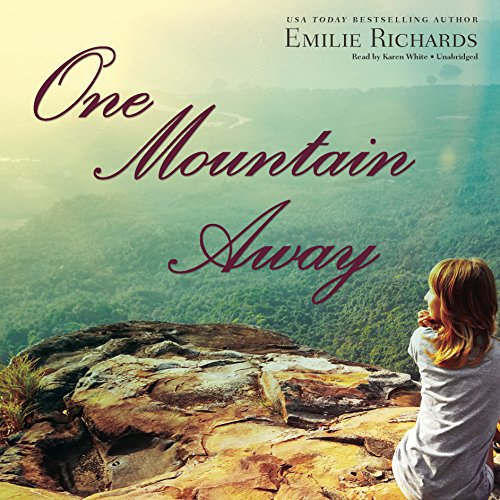 With nothing but brains, ambition, and sheer nerve, Charlotte Hale built a career as a tough, do-anything-to-succeed real estate developer. She's at the top of that mountain - but her life is empty. Her friends are as grasping and insincere as she has become. Far worse, she's alienated her family so completely that she's totally lost touch with her only daughter.

One terrifying day, facing her own mortality, she realizes that her ambition has almost destroyed her chance at happiness. So Charlotte vows to make amends, not simply with her considerable wealth but by offering a hand instead of a handout, putting in hours and energy instead of putting in an appearance, opening her home and heart instead of her wallet.

With each wrenching, exhilarating decision, Charlotte finds that climbing a new mountain - one built on friendship, love, and forgiveness - will teach her what it truly means to build a legacy.

I was swept away by this story. Emilie Richards has a gift for writing and without using profane language. Karen White was the perfect reader for the different characters. I was tearful throughout parts of the book. Her story has affected all of our families at sometime or another. Read or listen and enjoy!

I will have my daughters listen to it, but, I will have my son who has three grown sons, one of them has not forgiven his father in over ten years. Maybe this story will help.

loved it. still drying my eyes. reminds me of how special my mother was .

The story is just fine. it did take a while to get used to the way Karen White narrates. She has a choppy way of articulating. I much prefer her writing compared to this author. Hoping the 2nd book in the series is a bit more interesting. Great book to fall asleep to.