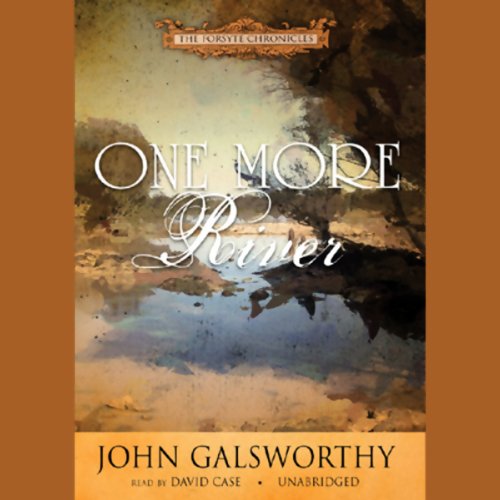 In John Galsworthy's last novel, the conclusion of the final trilogy in his epic Forsyte Chronicles, Dinny Charwell is recovering steadily from her disastrous late love affair. Now it is her sister, Clare, who is in trouble.

After just 18 months of marriage, Clare has fled from her highly esteemed but sadistic husband, Gerald, in Ceylon and boarded a ship back to England. Onboard, she meets a charming but penniless expatriate named Tony Croom, who falls madly in love with her. They develop a close but platonic relationship, unaware that Clare's husband has set detectives on her. When Clare refuses to return to her husband, he accuses her of adultery with Tony in a highly public divorce case. Though Clare wants nothing more than to divorce Gerald, she must fight the false accusation to defend her family's honor.

"A social satire of epic proportions and one that does not suffer by comparison with Thackeray's Vanity Fair...the whole comedy of manners [is] convincing both in its fidelity to life and as a work of art." ( The New York Times)

I love John Galsworthy. He has that dry British sense of humor, and was way ahead of his time in his views toward women and relationships. This book was one of the best in the sequel to Forsyte Saga, and a fitting last volume. You'll need to read these in order (for the Galsworthy uninitiated). Great narration, A+ listen.