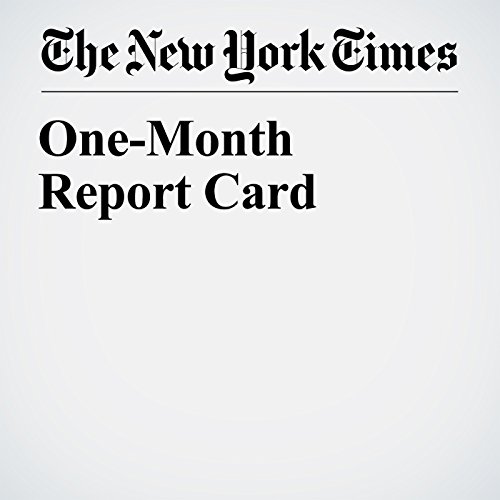 You just came out of a yearlong coma, and you’re trying to catch up. The unimaginable is real. The Cubs won the World Series. California has been drenched with so much rain that its biggest dam may fail.

"One-Month Report Card" is from the February 17, 2017 U.S. section of The New York Times. It was written by Timothy Egan and narrated by Barbara Benjamin-Creel.