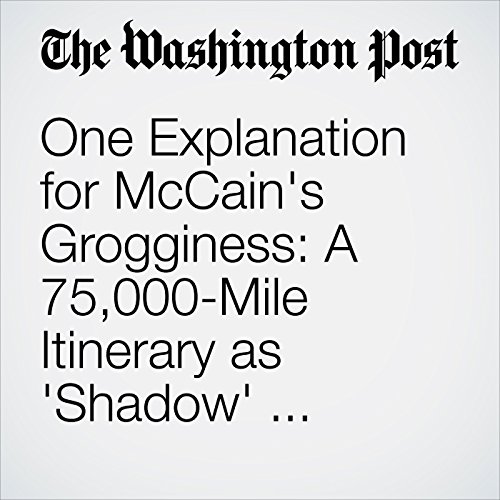 Maybe this is why Sen. John McCain (R-Ariz.) seemed a bit groggy during Thursday’s high-profile congressional hearing: He had spent the previous week on the other side of the world, hop-scotching his away around the Pacific trying to reassure allies that the U.S. government remains in their corner.

"One Explanation for McCain's Grogginess: A 75,000-Mile Itinerary as 'Shadow' Diplomat" is from the June 10, 2017 PowerPost section of The Washington Post. It was written by Paul Kane and narrated by Sam Scholl.