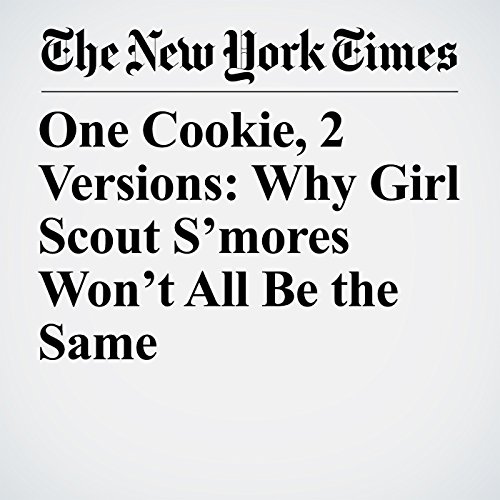 After 100 years of selling cookies, the Girl Scouts have come up with two new flavors. It may seem odd that it took a century when the inspiration was right under their noses: s’mores. The Girl Scouts first published a recipe for the quintessential campfire snack in 1927.

"One Cookie, 2 Versions: Why Girl Scout S’mores Won’t All Be the Same" is from the January 17, 2017 Lifestyle section of The New York Times. It was written by Tejal Rao and narrated by Caroline Miller.