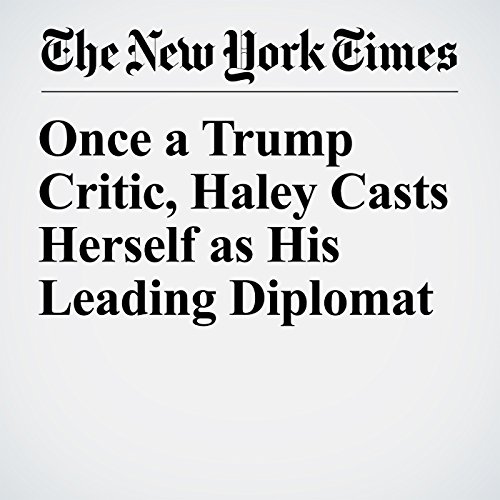 Before and after he became president, Donald Trump made it pretty clear that he didn’t see much value in the United Nations. So when he named Nikki R. Haley as his choice for U.N. ambassador, many wondered whether he was simply shunting a tough critic into a trivial post.

"Once a Trump Critic, Haley Casts Herself as His Leading Diplomat" is from the April 08, 2017 International section of The New York Times. It was written by Somini Sengupta and narrated by Kristi Burns.

Cosa pensano gli ascoltatori di Once a Trump Critic, Haley Casts Herself as His Leading Diplomat