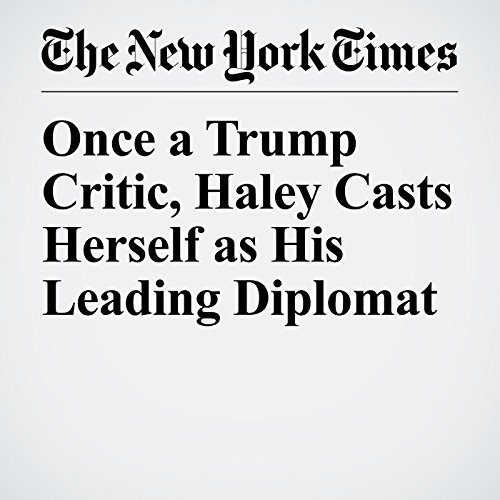 In the past week, Haley made it increasingly clear that she has no intention of being sidelined. To the contrary, as diplomats at the United Nations saw it, she managed to elbow herself into a leading, outspoken role in the Trump administration.

"Once a Trump Critic, Haley Casts Herself as His Leading Diplomat" is from the April 08, 2017 U.S. section of The New York Times. It was written by Somini Sengupta and narrated by Keith Sellon-Wright.

Cosa pensano gli ascoltatori di Once a Trump Critic, Haley Casts Herself as His Leading Diplomat