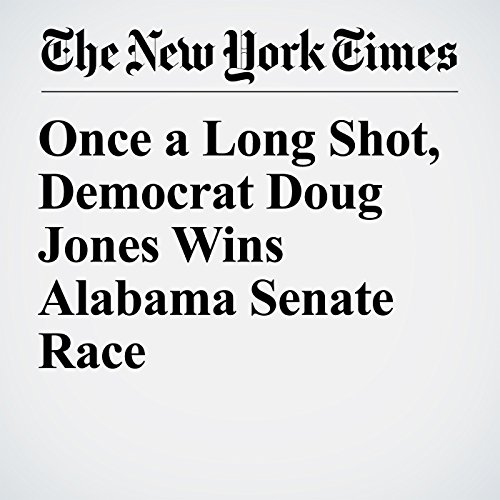 Doug Jones, a Democratic former prosecutor who mounted a seemingly quixotic Senate campaign in the face of Republican dominance here, defeated his scandal-scarred opponent, Roy Moore, after a brutal campaign marked by accusations of sexual abuse and child molestation against the Republican, according to The Associated Press.

"Once a Long Shot, Democrat Doug Jones Wins Alabama Senate Race" is from the December 13, 2017 U.S. section of The New York Times. It was written by Alexander Burns and Jonathan Martin and narrated by Kristi Burns.