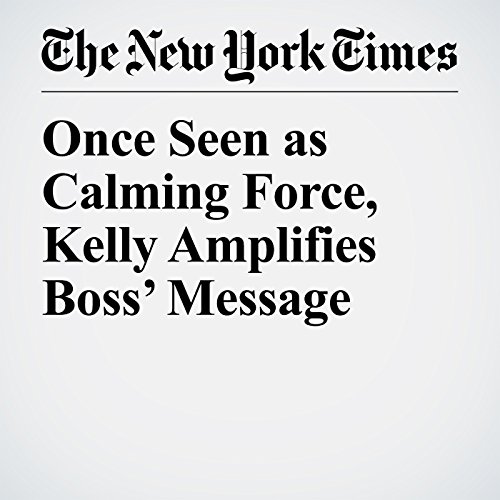 This past summer, the Trump administration debated lowering the annual cap on refugees admitted to the United States. Should it stay at 110,000, be cut to 50,000 or fall somewhere in between? John F. Kelly offered his opinion. If it were up to him, he said, the number would be between zero and one.

"Once Seen as Calming Force, Kelly Amplifies Boss’ Message" is from the October 25, 2017 U.S. section of The New York Times. It was written by Peter Baker and narrated by Keith Sellon-Wright.