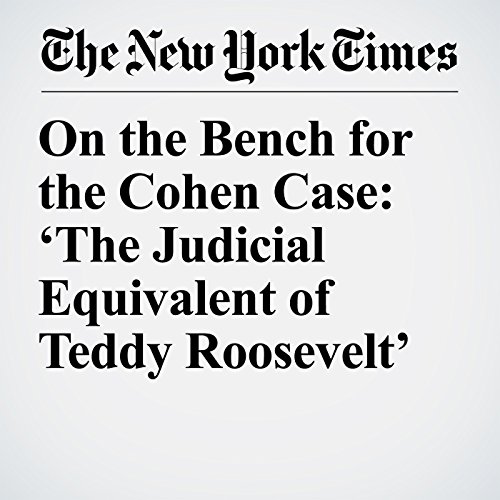 Judge Kimba M. Wood had barely finished a hearing this week that involved both Michael D. Cohen, President Donald Trump’s lawyer, and — in a stunning revelation — Fox News host Sean Hannity, when the right-wing media machine started going after her.

"On the Bench for the Cohen Case: ‘The Judicial Equivalent of Teddy Roosevelt’" is from the April 19, 2018 U.S. section of The New York Times. It was written by Alan Feuer, Benjamin Weiser and narrated by Kristi Burns.

Cosa pensano gli ascoltatori di On the Bench for the Cohen Case: ‘The Judicial Equivalent of Teddy Roosevelt’