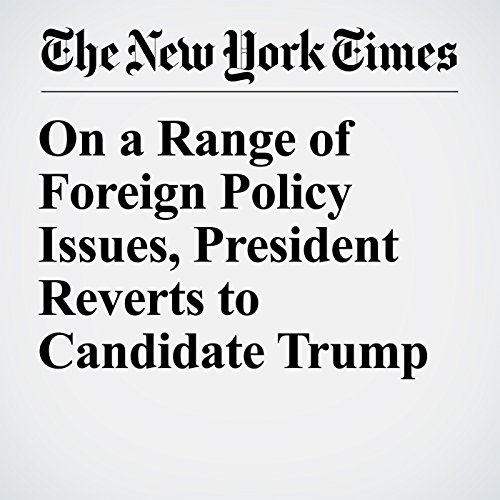 President Donald Trump has been commander in chief for 14 months, but to an uncanny degree, he still sounds like the armchair statesman who ran for the White House in 2016.

"On a Range of Foreign Policy Issues, President Reverts to Candidate Trump" is from the April 03, 2018 U.S. section of The New York Times. It was written by Mark Landler and narrated by Kristi Burns.