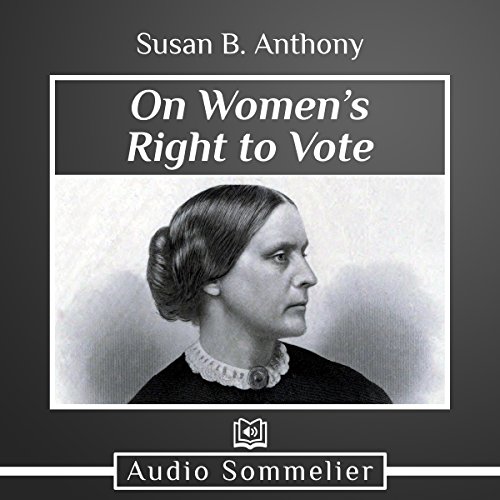 On Women’s Right to Vote

After voting in the 1872 presidential election, suffragette Susan B. Anthony was arrested and charged with a $100 fine. She refused to pay it, instead embarking on a speaking tour around the US to advocate for women’s legal right to vote.

In this fiery speech she memorably stated, “It was we, the people; not we, the white male citizens... who formed the Union.” Anthony argued that the fight for women’s right to vote was also a fight for their right to personhood in the eyes of the state, something women were finally granted nearly 50 years later.

exact. succinct. In Susan's own words and addresses directly to the listener. still perfectly precise and relevant today