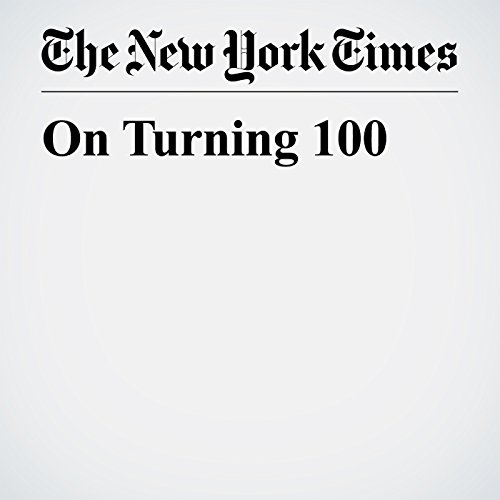 I went to a birthday party the other day for someone who has lived through the flu pandemic of 1918, World War I, the Great Depression, World War II, the nuclear jitters of the Cold War and the disastrous first four months of Donald Trump.

"On Turning 100" is from the May 19, 2017 Opinion section of The New York Times. It was written by Timothy Egan and narrated by Barbara Benjamin-Creel.