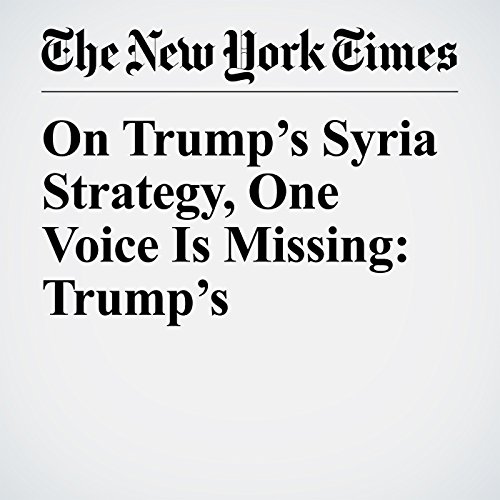 On Trump’s Syria Strategy, One Voice Is Missing: Trump’s

As various officials have described it, the United States will intervene only when chemical weapons are used — or any time innocents are killed. It will push for the ouster of President Bashar Assad of Syria — or pursue that only after defeating the Islamic State. America’s national interest in Syria is to fight terrorism. Or to ease the humanitarian crisis there. Or to restore stability.

"On Trump’s Syria Strategy, One Voice Is Missing: Trump’s" is from the April 10, 2017 World section of The New York Times. It was written by Peter Baker and Gardiner Harris and narrated by Caroline Miller.