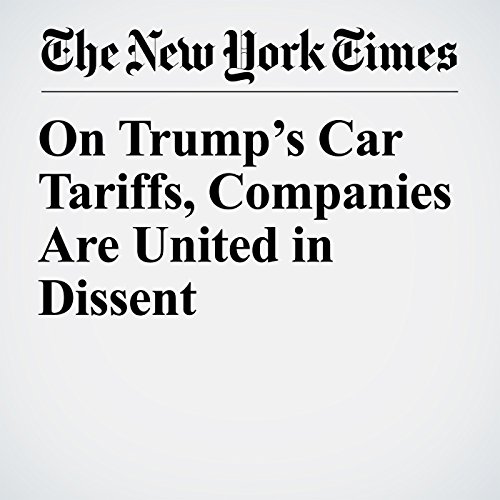 Richard Smallwood describes himself as a “pretty far right-wing conservative” who has long been a supporter of President Donald Trump. But like many in the auto industry, Smallwood, the president of tire company Sumitomo Rubber North America, has been puzzled and dismayed by the president’s proposal to slap tariffs on foreign automobiles and their parts.

"On Trump’s Car Tariffs, Companies Are United in Dissent" is from the July 19, 2018 Business section of The New York Times. It was written by Ana Swanson and narrated by Keith Sellon-Wright.