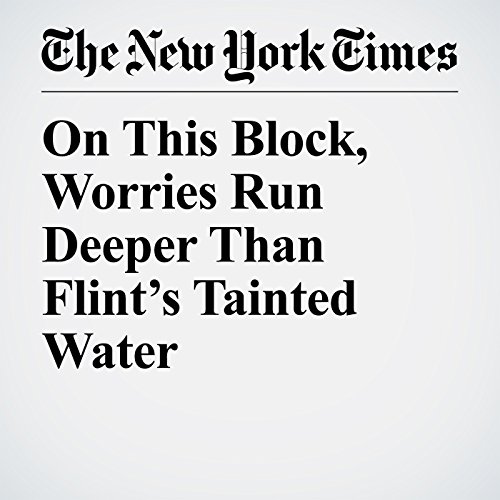 One resident of Zimmerman Street has trouble sleeping from the gunfire that crackles through the air at night. A married couple down the block has heard squatters camped out in an abandoned house next door. A grandfather across the street cannot find steady work in the city, getting by with odd jobs that pay less than $9 an hour.

"On This Block, Worries Run Deeper Than Flint’s Tainted Water" is from the April 25, 2017 U.S. section of The New York Times. It was written by Julie Bosman and narrated by Kristi Burns.