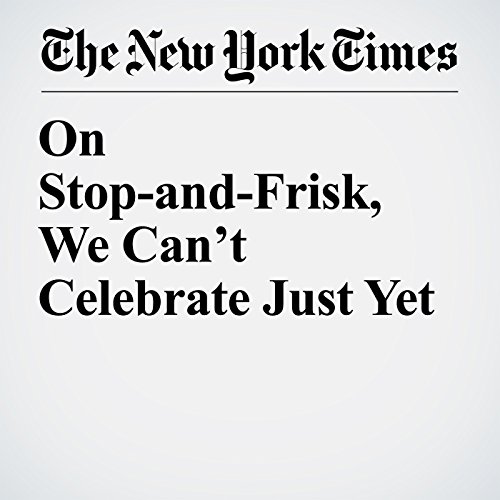 Last year, New York City’s 290 homicides were a record low. That’s good news for the city, the Police Department — and police reformers. That’s because the reforms leading the department to cut back on stop-and-frisks are accompanied by such low numbers on violent crime.

"On Stop-and-Frisk, We Can’t Celebrate Just Yet" is from the January 07, 2018 Opinion section of The New York Times. It was written by Phillip Atiba Goff and narrated by Keith Sellon-Wright.