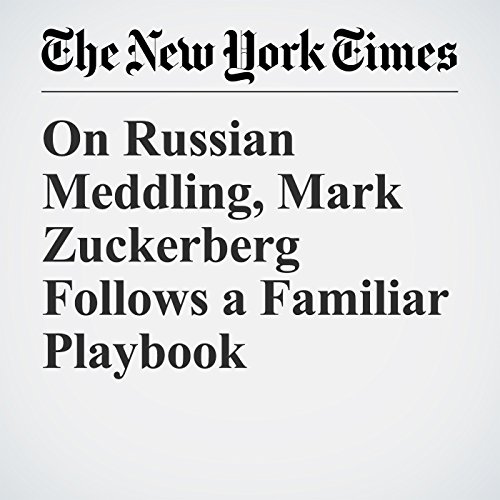 Scandals involving Facebook tend to follow a well-worn pattern: Throughout the social network’s short history, when the company has felt pummeled by users or lawmakers or shareholders over one of the dozens of controversies that have plagued its rise, there comes a moment when the clamor reaches a fever pitch. You begin to wonder why on earth they aren’t doing more. Just then, Zuckerberg will issue a blog post, and these days, a live video, too — as he did Thursday, in a short address on Facebook’s role in Russia’s interference of last year’s presidential election.

"On Russian Meddling, Mark Zuckerberg Follows a Familiar Playbook" is from the September 22, 2017 Technology section of The New York Times. It was written by Farhad Manjoo and narrated by Barbara Benjamin-Creel.