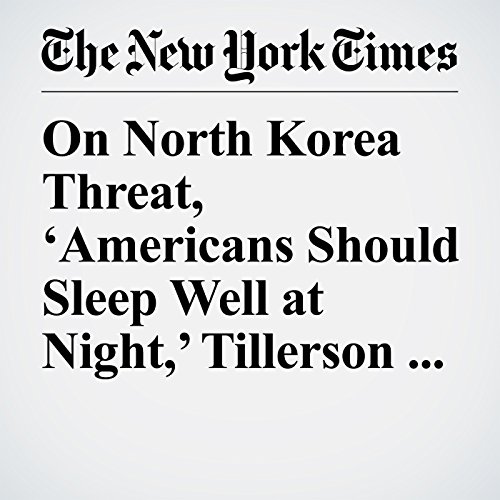 Secretary of State Rex Tillerson said Wednesday that Americans should not be concerned about an imminent threat from North Korea, despite the exchange of fiery, nuclear-fueled warnings between President Donald Trump and Pyongyang.

"On North Korea Threat, ‘Americans Should Sleep Well at Night,’ Tillerson Says" is from the August 09, 2017 World section of The New York Times. It was written by Gardiner Harris and Eileen Sullivan and narrated by Kristi Burns.