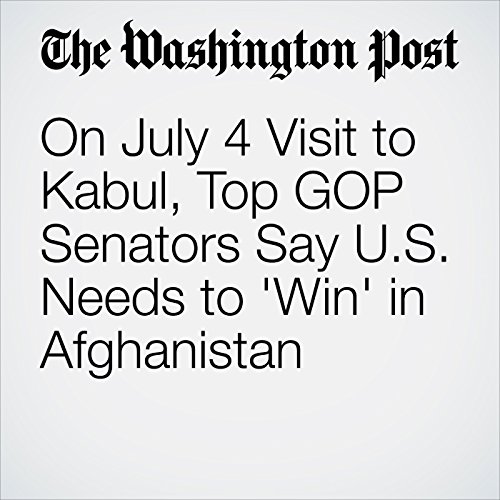 Sen. John McCain (R-Az.) and Sen. Lindsey O. Graham (R-S.C.), who visited Pakistan and Afghanistan this week with Sen. Elizabeth Warren (D-Ma.) and two other Senate Armed Services Committee members, said they planned to take back a message to President Trump that he needs to adopt a bold military plan for the region but also complement it with a strong and informed diplomatic policy.

"On July 4 Visit to Kabul, Top GOP Senators Say U.S. Needs to 'Win' in Afghanistan" is from the July 04, 2017 Asia & Pacific section of The Washington Post. It was written by Pamela Constable and narrated by Barbara Benjamin-Creel.