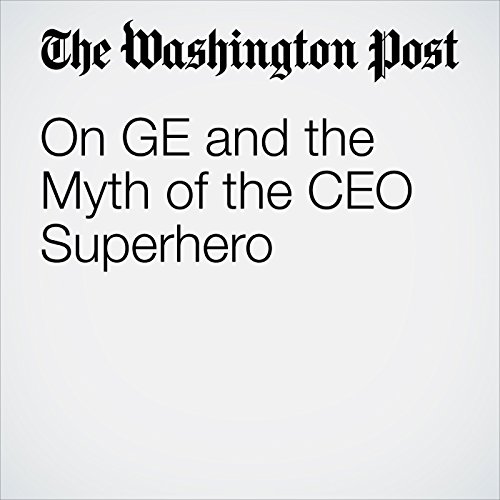 With Jeffrey R. Immelt gone from General Electric, pundits are urging GE to reexamine, as the New York Times put it, its “core mission.” Not to be outdone, the Wall Street Journal sees the chance to “freshen up shareholder returns.”

"On GE and the Myth of the CEO Superhero" is from the June 16, 2017 Wonkblog section of The Washington Post. It was written by Roger Lowenstein and narrated by Sam Scholl.