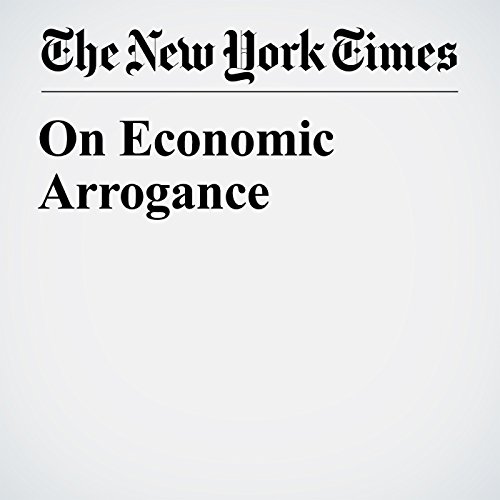 According to press reports, the Trump administration is basing its budget projections on the assumption that the U.S. economy will grow very rapidly over the next decade — in fact, almost twice as fast as independent institutions like the Congressional Budget Office and the Federal Reserve expect. There is, as far as we can tell, no serious analysis behind this optimism; instead, the number was plugged in to make the fiscal outlook appear better.

"On Economic Arrogance" is from the February 19, 2017 Opinions section of The New York Times. It was written by Paul Krugman and narrated by Caroline Miller.