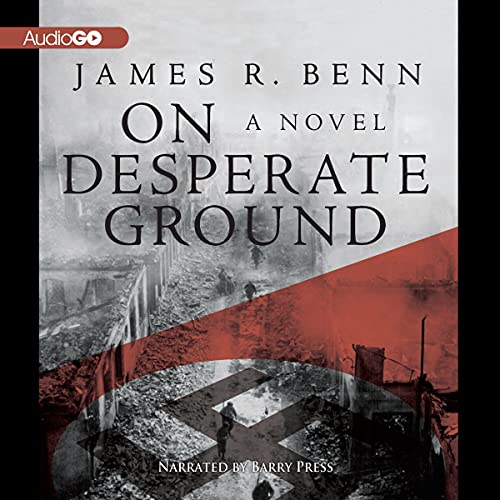 The thrilling story of men and women caught up in the death throes of Nazi Germany, struggling to maintain those things precious to them - life, an end to killing, and even sanity itself. Colonel Johann Faust has lost everyone he ever loved and feels he is going inexorably insane. He hears the haunting voice of his dead fiancée and the demons that roar through his mind as he perfects a plan to save Nazi Germany from defeat and insure a greater and deadlier new world war.

Captain Dieter Neukirk, once a protégé of Faust’s, is more concerned with saving the lives of his remaining men than in sacrificing them in a fanatical last stand. Meanwhile, Elsa Klein, Dieter’s lover and the chief social worker at a Berlin hospital, is engaged in her own dangerous work, providing medical care and identity papers to hidden Jews in the city.

American Captain Mack Mackenzie, pulled from a military hospital before his wounds are healed, is assigned to investigate reports of a secret Nazi operation. Wanting only to make it home alive, Mack finds himself in a life-and-death struggle with unlikely allies and a ferociously determined opponent. Americans and Germans alike are drawn to a hilltop in the remote German countryside, where they find themselves between powerful armies and forced into a terrible decision that could end one war or begin a new one.

Would you listen to On Desperate Ground again? Why?

Probably the best book James Benn has written. He captures the desperation, guilt and consequences of the terrible choices people made. Considering what is going on in our political world right now this is a very relevant book for our time.

I already knew the subject matter in a factual way but the characters made it personal. The fear and hopeless feelings of being swept along with no choice but to go along was developed well in some of the piviotal characters.

Good narrator could easily listen to him again.

I like James R Benn but this wasn't his best work. The story might have been okay if the reader hasn't been so awful. His reading was unnaturally clipped, you couldn't tell who was talking a lot of the time and when he bothered to do an accent it was awful. And oddly enough he would throw in an accent once in a while then seem to forget to continue in that accent. I didn't even finish the book. Very disappointing.