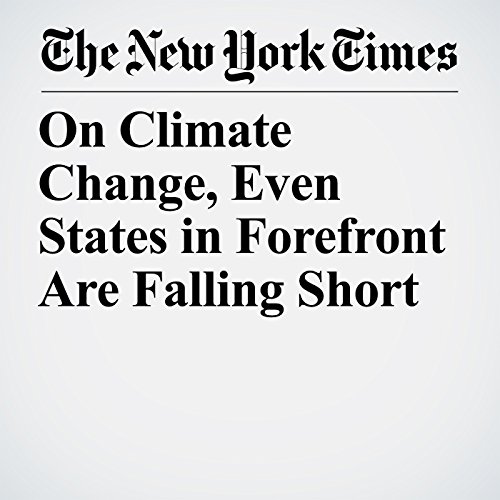 On Climate Change, Even States in Forefront Are Falling Short

State policies were always bound to play a central role in the decarbonization of the U.S. economy. But with a president-elect who has asserted that climate change is a Chinese hoax, promised a bright future for fossil fuels and vowed to undo President Barack Obama’s climate strategy, their choices have become more important than ever.

"On Climate Change, Even States in Forefront Are Falling Short" is from the January 17, 2017 Business section of The New York Times. It was written by Eduardo Porter and narrated by Kristi Burns.