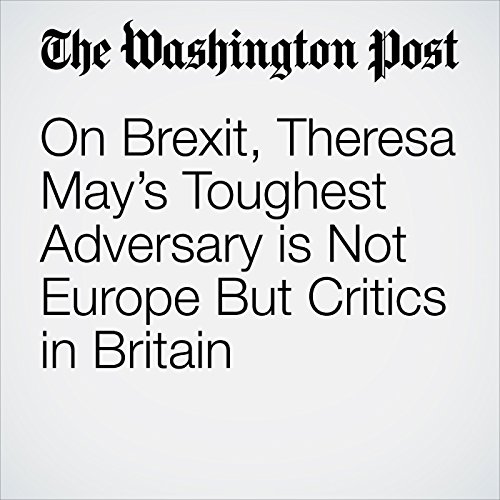 It is obvious that Prime Minister Theresa May is no longer negotiating with just the Europeans over Britain’s messy exit from the union. Talks are far tougher at home — where she faces blistering arguments on all sides, including revolt among her own ministers.

"On Brexit, Theresa May’s Toughest Adversary is Not Europe But Critics in Britain" is from the December 06, 2017 World section of The Washington Post. It was written by William Booth and narrated by Sam Scholl.