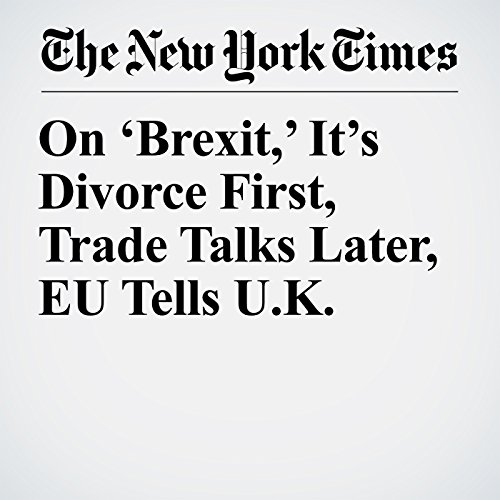 Side-by-side divorce and trade talks “will not happen,” Tusk said at a news conference in Malta. Divorce has to come first, he said, and he warned that the negotiations could be “confrontational.”

"On ‘Brexit,’ It’s Divorce First, Trade Talks Later, EU Tells U.K." is from the March 31, 2017 World section of The New York Times. It was written by James Kanter and narrated by Mike DelGaudio.