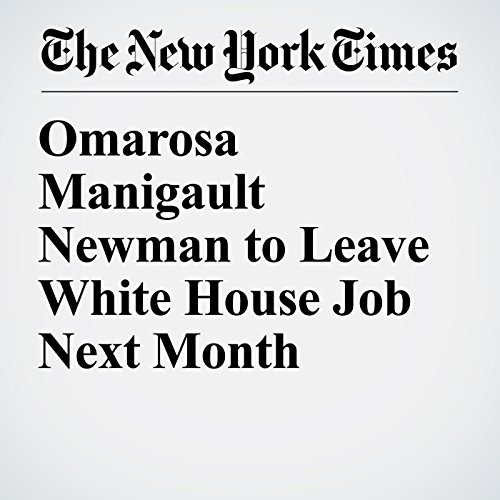 Omarosa Manigault Newman, who achieved a measure of fame playing a villain on “The Apprentice” and cemented a relationship with President Donald Trump that led to a White House appointment, will be leaving her position in January, the White House said Wednesday.

"Omarosa Manigault Newman to Leave White House Job Next Month" is from the December 13, 2017 Politics section of The New York Times. It was written by Michael Tackett and narrated by Keith Sellon-Wright.