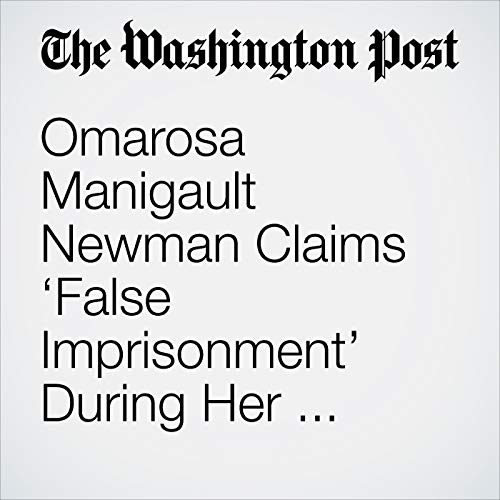 Omarosa Manigault Newman, the once-loyal aide to President Trump who has written a new tell-all book containing explosive allegations about her former boss, said Monday that she believes Trump was lying when he claimed in a phone call in December that he knew nothing about her dismissal by White House Chief of Staff John F. Kelly.

"Omarosa Manigault Newman Claims ‘False Imprisonment’ During Her Firing, Accuses Trump of Lying" is from the August 13, 2018 Politics section of The Washington Post. It was written by Felicia Sonmez and narrated by Sam Scholl.