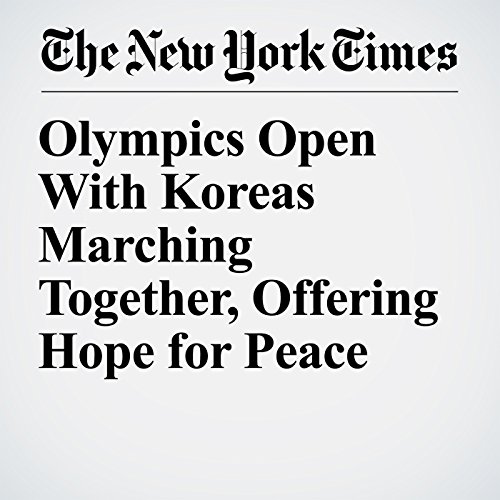 The opening ceremony of the 23rd Winter Olympics unfurled in frigid temperatures and high spirits Friday, as athletes from the two Koreas marched into the stadium together less than 50 miles from the heavily fortified border between their nations, offering hope of a breakthrough in a tense, geopolitical standoff that has stirred fears of nuclear conflict.

"Olympics Open With Koreas Marching Together, Offering Hope for Peace" is from the February 09, 2018 Sports section of The New York Times. It was written by Motoko Rich and narrated by Barbara Benjamin-Creel.