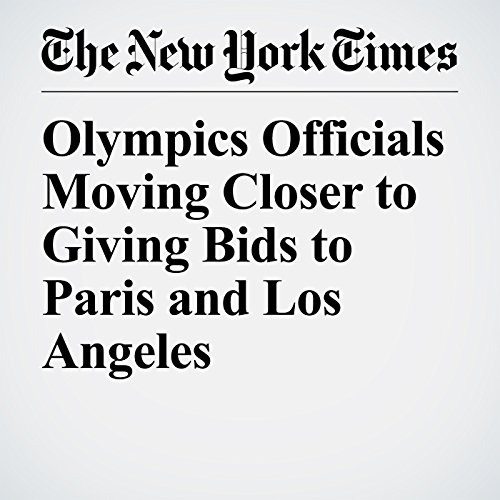 The International Olympic Committee on Tuesday was expected to solidify an unusual plan to award the 2024 and 2028 Summer Olympics at the same time in September, with one to be hosted by Paris and the other by Los Angeles.

"Olympics Officials Moving Closer to Giving Bids to Paris and Los Angeles" is from the July 11, 2017 Sports section of The New York Times. It was written by Jeré Longman and narrated by Keith Sellon-Wright.