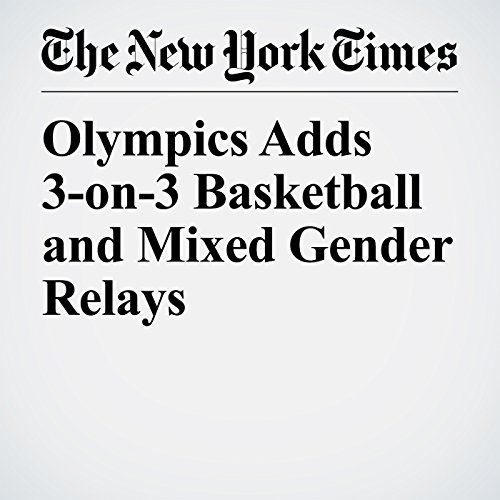 The Summer Olympics will grow by 15 events in 2020, the International Olympic Committee announced Friday, adding 3-on-3 basketball and six events that will involve men and women competing on mixed teams.

"Olympics Adds 3-on-3 Basketball and Mixed Gender Relays" is from the June 09, 2017 Sports section of The New York Times. It was written by Victor Mather and narrated by Barbara Benjamin-Creel.