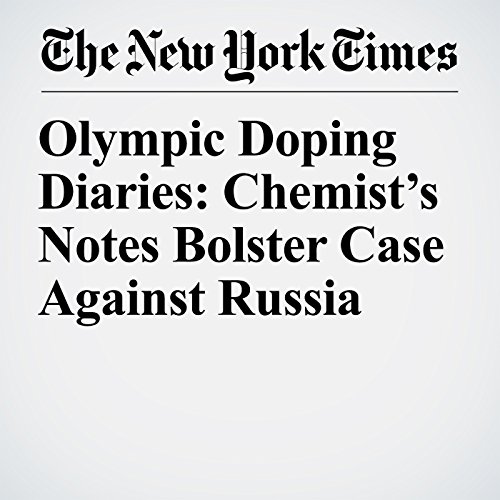 Grigory Rodchenkov's diaries cataloging 2014 and 2015 — his final years as Russia’s anti-doping lab chief before he fled to the United States — provide a new level of detail about Russia’s elaborate cheating at the last Winter Games and the extent to which, he says, the nation’s government and Olympic officials were involved.

"Olympic Doping Diaries: Chemist’s Notes Bolster Case Against Russia" is from the November 28, 2017 Sports section of The New York Times. It was written by Rebecca R. Ruiz and narrated by Kristi Burns.