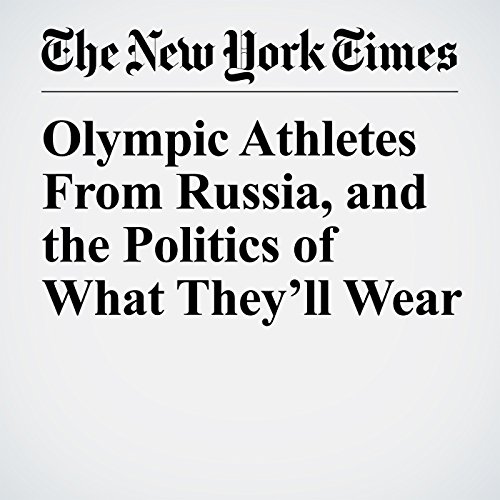 The decision by the International Olympic Committee to ban Russia from the 2018 Winter Games in Pyeongchang, South Korea, for widespread doping, but to allow vetted individual athletes to compete on a case-by-case basis as “Olympic athletes from Russia” has seemingly raised as many questions as it has answered. Among them: What in the world will they wear?

"Olympic Athletes From Russia, and the Politics of What They’ll Wear" is from the December 08, 2017 Lifestyle section of The New York Times. It was written by Vanessa Friedman and narrated by Barbara Benjamin-Creel.

Cosa pensano gli ascoltatori di Olympic Athletes From Russia, and the Politics of What They’ll Wear