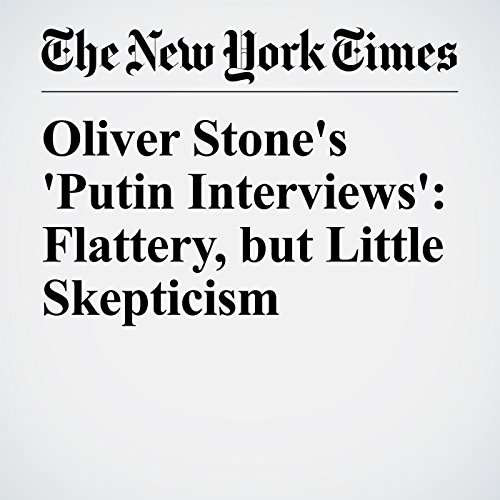 In the second hour of “The Putin Interviews,” filmmaker Oliver Stone invites Vladimir Putin on a movie date. Stone asks the Russian president if he’s ever seen “Dr. Strangelove or: How I Learned to Stop Worrying and Love the Bomb.” Putin says he hasn’t, so Stone gets him to watch the 1964 nuclear-war satire in a conference room: a little Nyetflix-and-chill.