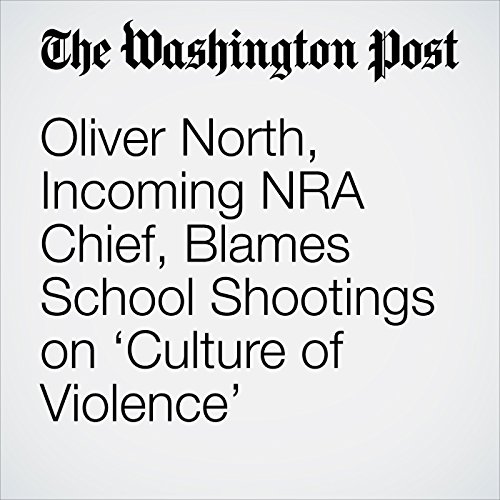 Two days after a 17-year-old opened fire in his Texas high school, killing at least 10, incoming National Rifle Association president Oliver North said students “shouldn’t have to be afraid” to go to school and blamed the problem on “youngsters who are steeped in a culture of violence” in which many young boys have “been on Ritalin” since early childhood.

"Oliver North, Incoming NRA Chief, Blames School Shootings on ‘Culture of Violence’" is from the May 20, 2018 Politics section of The Washington Post. It was written by Frances Stead Sellers and Michael Scherer and narrated by Sam Scholl.