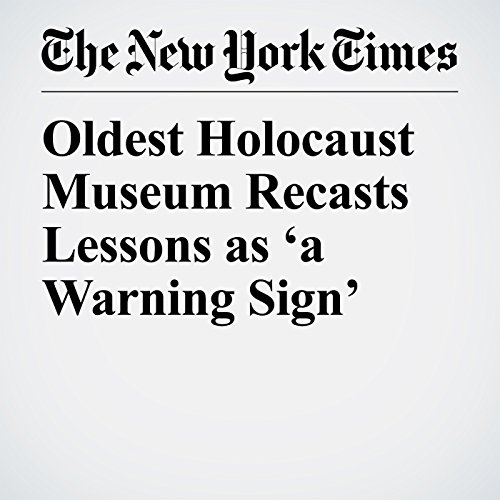 As a teenager, Dorka Sternberg watched as Nazi officers, enraged after two youths from the underground fired a handgun at them, randomly picked 25 young men and women from a roundup in her Polish hometown, Czestochowa, lined them up against a wall and shot them dead.

"Oldest Holocaust Museum Recasts Lessons as ‘a Warning Sign’" is from the April 23, 2017 World section of The New York Times. It was written by Isabel Kershner and narrated by Keith Sellon-Wright.