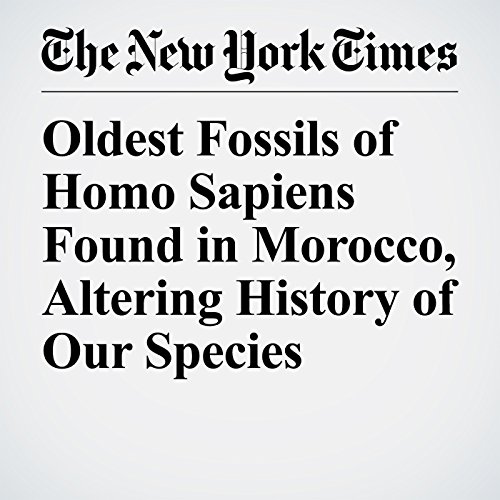 Fossils discovered in Morocco are the oldest known remains of Homo sapiens, scientists reported on Wednesday, a finding that rewrites the story of mankind’s origins and suggests that our species evolved in multiple locations across the African continent.

"Oldest Fossils of Homo Sapiens Found in Morocco, Altering History of Our Species" is from the June 07, 2015 Science section of The New York Times. It was written by Carl Zimmer and narrated by Kristi Burns.