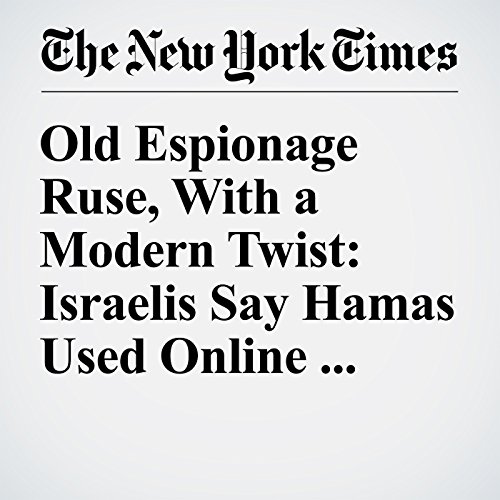 The assertions of the officials, who spoke on the condition of anonymity under army rules, could not be independently verified. Hazem Kassem, a spokesman for Hamas, the Islamic militant group that holds sway in the Gaza Strip, declined to comment. “We do not want to respond to what some Israelis say about us,” he said.

"Old Espionage Ruse, With a Modern Twist: Israelis Say Hamas Used Online Seduction" is from the January 11, 2017 World section of The New York Times. It was written by Isabel Kershner and narrated by Kristi Burns.