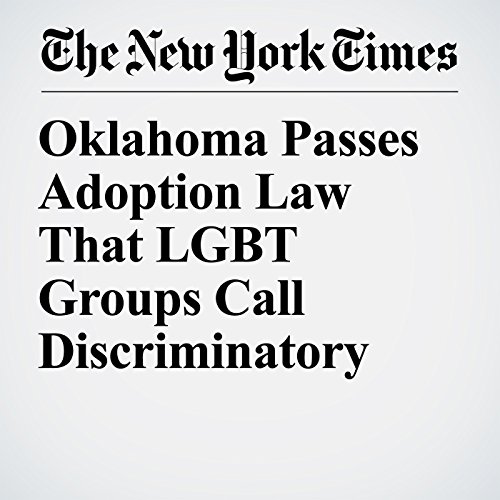 "Oklahoma Passes Adoption Law That LGBT Groups Call Discriminatory" is from the May 12, 2018 U.S. section of The New York Times. It was written by Jacey Fortin and narrated by Kristi Burns.