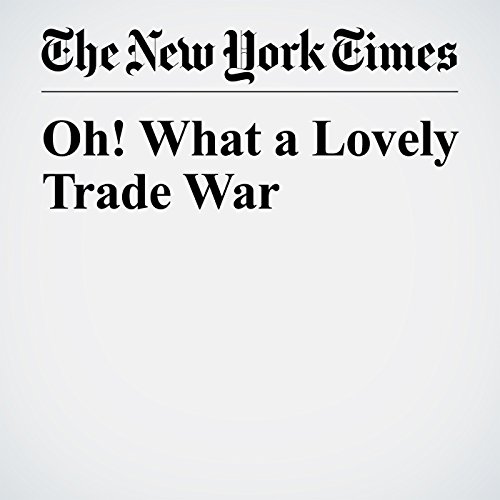 Remember when Donald Trump declared that “nobody knew that health care could be so complicated”? It was a rare moment of self-awareness for the tweeter-in-chief: He may, briefly, have realized that he had no idea what he was doing.

"Oh! What a Lovely Trade War" is from the July 02, 2017 Opinion section of The New York Times. It was written by Paul Krugman and narrated by Kristi Burns.